spyderman8 – Posted September 15, 2013
You’re going to be so p*ssed off when it turns up and it’s the wrong colour!

PowerMalc – Posted September 15, 2013
The weather tomorrow although not brilliant will be dry. So hopefully you can get it home still looking pristine. 😀
Hope it goes well and you are pleased
I’m picking mine up on Sat 28th Sept although it is still in Emden at the moment :worried:
Sadly following the ship movements from Emden to Sheerness

Menoporsche – Posted September 15, 2013
Will you be peeling off the blue foamy bits yourself?

On 9/15/2013 at 7:39 PM, PowerMalc said:
The weather tomorrow although not brilliant will be dry. So hopefully you can get it home still looking pristine. 😀
Hope it goes well and you are pleased
I’m picking mine up on Sat 28th Sept although it is still in Emden at the moment :worried:
Sadly following the ship movements from Emden to Sheerness

I tried to track the boats but the info given to me was so un-detailed that it was impossible….I cant see why you would’nt have it on time though, I reckon it will be at the dealer just under a week before 🙂

I have no real idea which boat mine came in on, the most likley candidate I could see was the VAG Transporter called ‘Emden’ if it helps (probably a red herring!).

iphone image so poor quality (although you can still see the weeds), my youngest wanted a ride before she goes…. 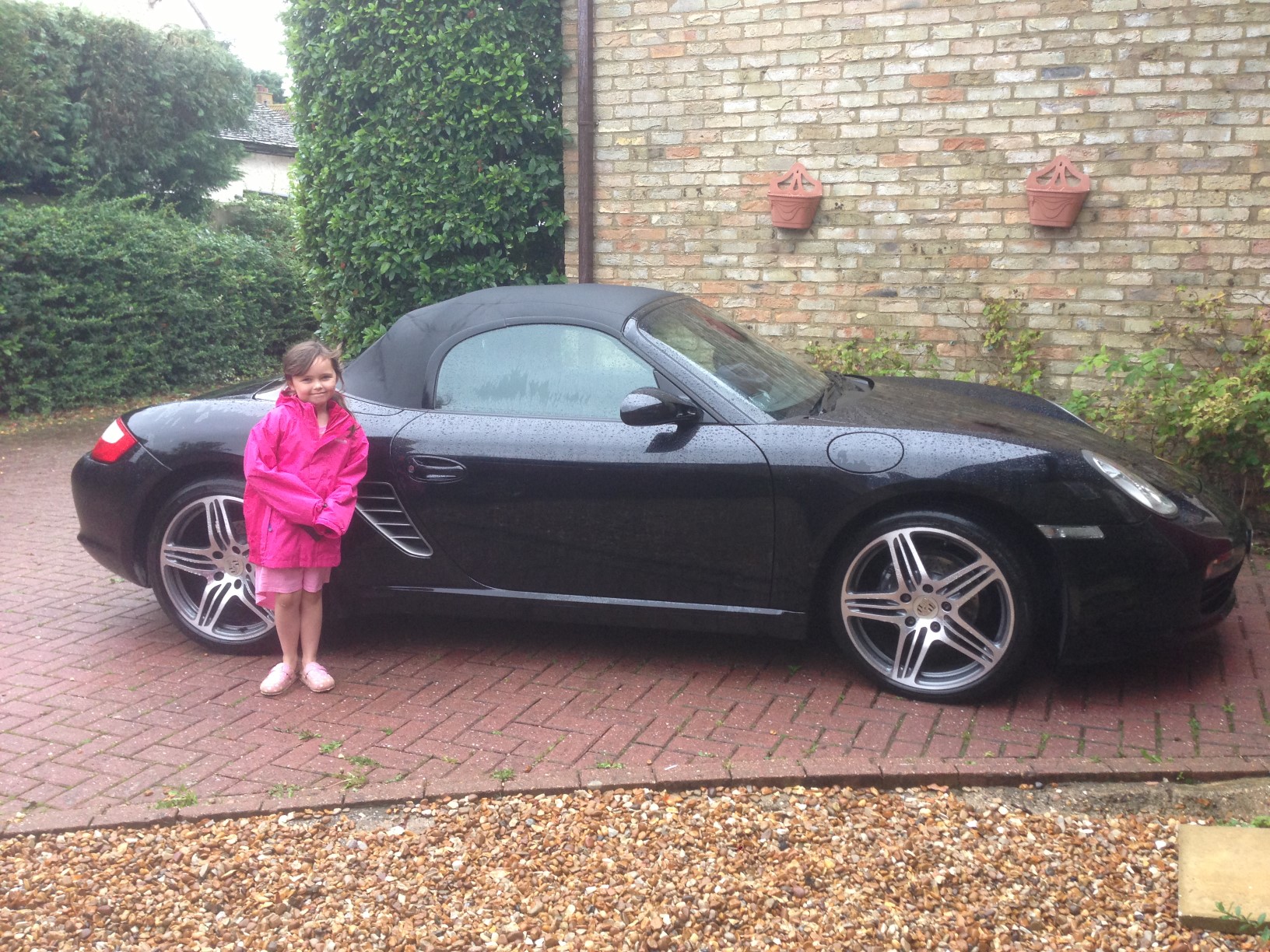 No I wont be peeling off the foamy bits….I’ll leave that to the professionals 🙂

Cheeky fecker! Actually I’m having one big yellow stripe put on it!

Picked up and all I can say is WOW……I love the exhaust note (without PSE on even!)

Old & New together and a few other pics at OPC Silverstone 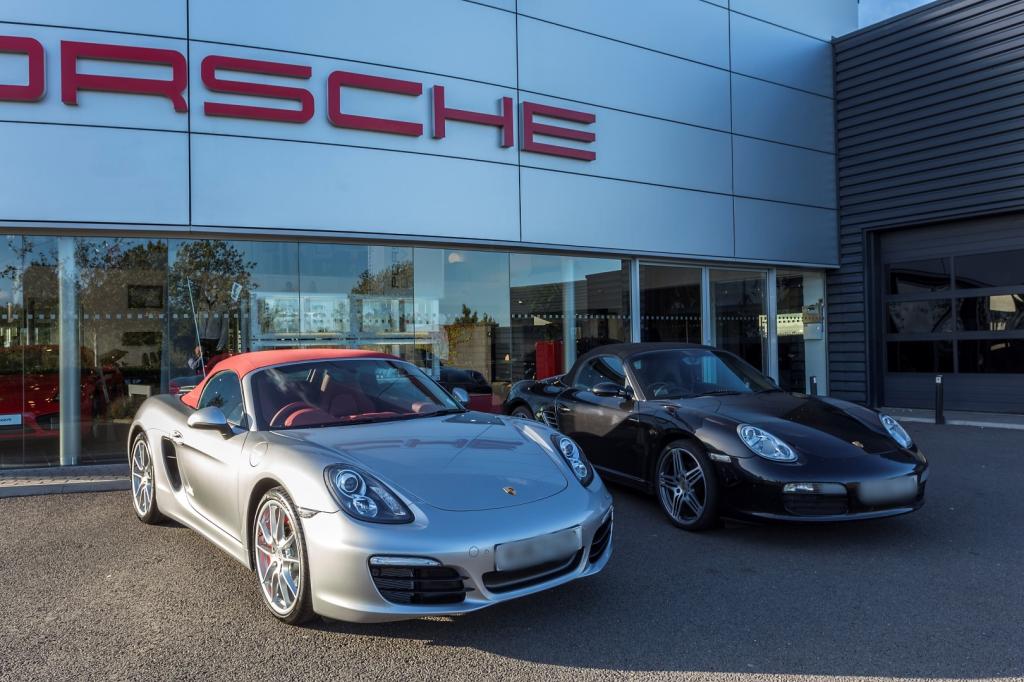 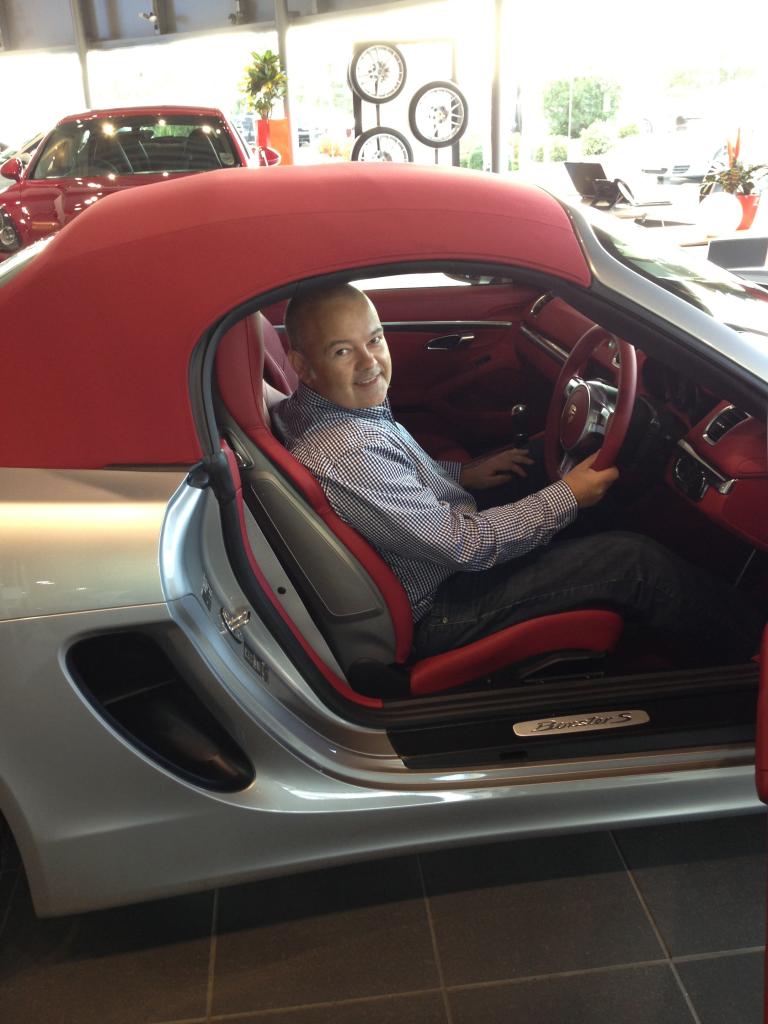 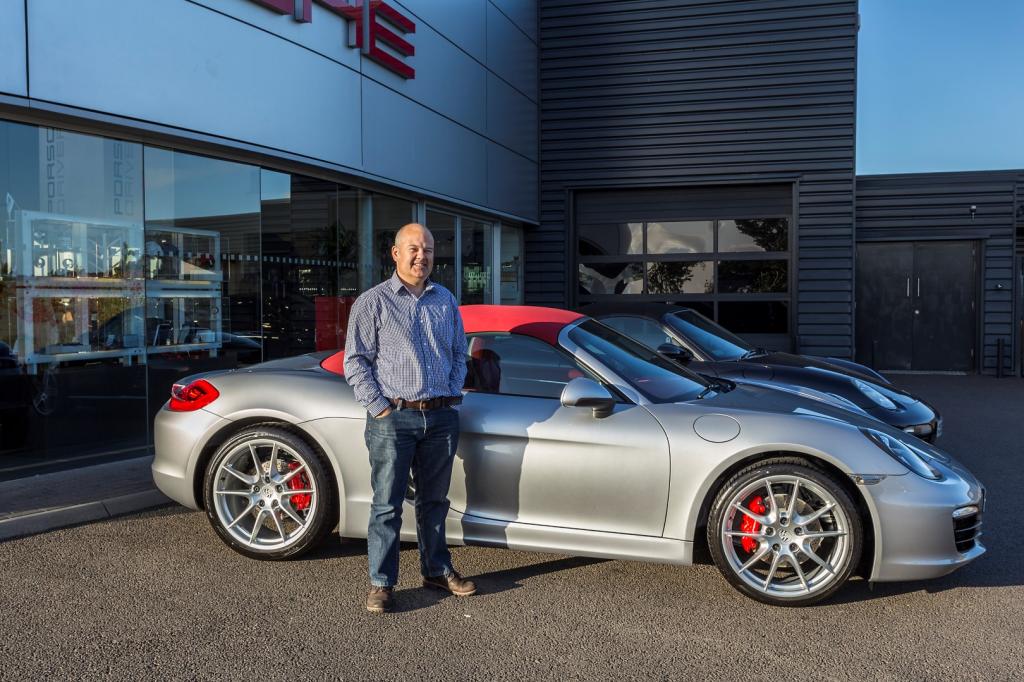 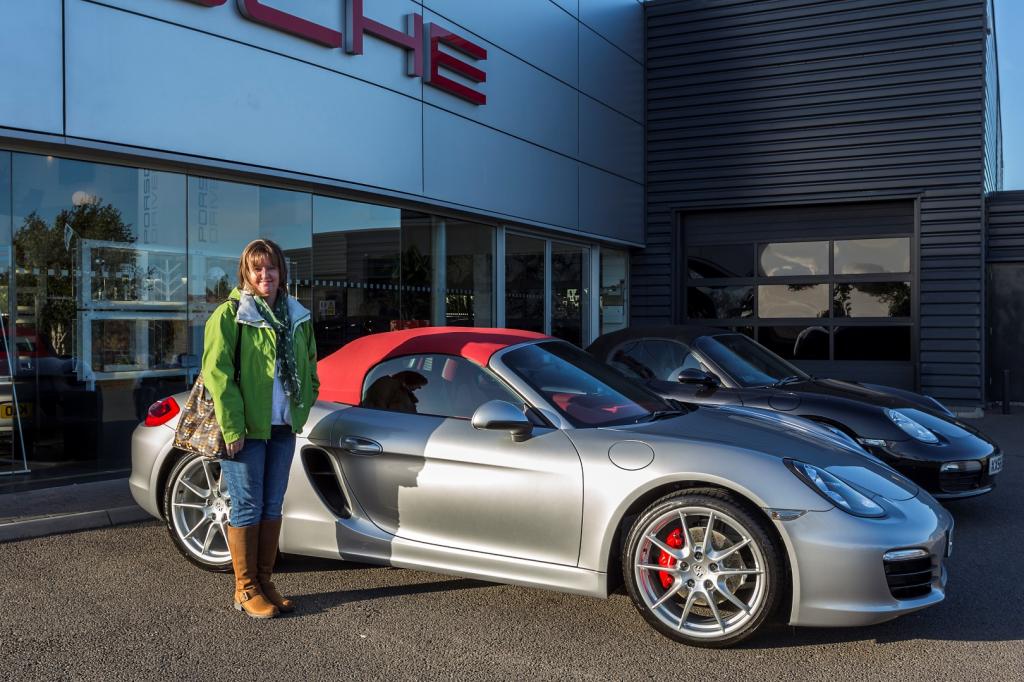 Stuart. It looks fantastic. Nothing to beat the thrill and excitement of picking up a new car. Hours now of RTFM!!
I think mine should arrive in Sheerness this morning. No logic to that but a guess by me in that the ship Autorunner left Emden yesterday.
Car was completed build last Tues. Tension and excitement now building up

antjrice – Posted September 17, 2013
Well done mate – looks stunning. must have been proud with your old and new shot.
From the light in the photo’s I see that must have been the earliest you could get away with!

Menoporsche – Posted September 17, 2013
He said 4pm, so I guess that’s an evening shot.
Congrats Stuart, looks gorgeous. Must say, now I look back at your original spec, it’s pretty smart – for myself I’d probably leave the satnav and phone but otherwise a nice selection.
So, ordered on 12 June, arrived on 16 Sept?
Have fun!

The car park and dealership were pretty much emptied….

It was really tough to get a half decent shot of them both without the sun drowning out the shot in the top left (hence there isn’t a ‘full frontal’ ooer!)

Today I took the wife out for lunch and a blast to Eaton Socon Graffiti wall…there are some cracking roads around there and it was nice and dry most of the day….(pics to follow)

It’s reinvigorated the buzz I have for the Boxster as a car…so far nothing to complain about (except 21 mpg!). I will, when I have a chance write up some more about it to give anyone else considering a purchase some info to help them spec and buy….its people like SFO and previous buyers who helped me whittle down the options.

BTW I’ve just been out in the rain in it again 🙂 before the wife had to go out tonight…if she had been back yet (and I wasn’t looking after the kids) there is a fair chance I would be out again in the dark too!

My youngest insisted I take her to school in it again this morning (wife had to run the eldest in her car, as normal too!), then of course later the elder one wanted her turn and I had to pick her up from school too! We have had some very admiring glances along the way, the odd ‘look at that Porsche’ from baggy trousered yoofs and little kids…a comment from a guy when I parked outside his house and the guy at the local curry house was in complete awe (and shyatee himself when I took him for a relatively slow pootle :whistle1: )

Got to work properly tomorrow, it involves at least a 45 mile trip so cant wait TBH, hehe 😀

EddyH – Posted September 18, 2013
Looks fantastic and I really like the new photo in your signature.

Skidd – Posted September 18, 2013
Not sure I would have scared a guy who’s just been in the local curry house! :lmaosmiley:.
Car looks fantastic, congratulations 🙂

I think mine should arrive in Sheerness this morning. No logic to that but a guess by me in that the ship Autorunner left Emden yesterday.

Hopefully arrived yesterday in Sheerness. Might get delivered to OPC Silverstone today but certainly by end of week. Yay!!

Picture of my spec, Boxster in Red with Cayman 19″ wheels. Not yet seen a Boxster with these wheels on yet. 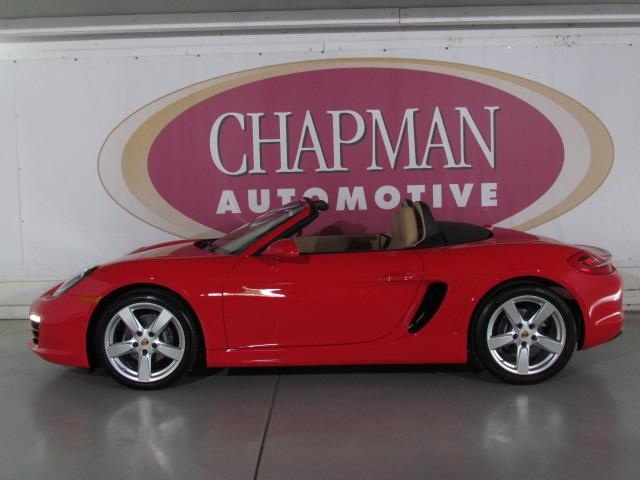 GR was my initial choice which gave way to GT silver having seen both at Silverstone….

She didn’t really buy any of it but I did have a surprise the morning of ‘pick up’….

PaulN – Posted September 19, 2013
Smashing…… GT Silver really suites the new shape… Saying that, Purdies White Box is lovely too….
Id love to hear how practical the red roofs were on the RS60?

SFO – Posted September 18, 2013
red roofs are not especially prone to dirt, but you do need to clean them regularly.

dirt/shadow lines form on where the folds are … on long Alpine drives, this was a problem.

every evening, I got a wet cloth and wiped off the dirt — did the trick