‘Day 1’ is hard to pinpoint in time….it was back in the Autumn of 2017, we had visited a few of the high street / retail park kitchen companies to try to get some ideas of what we wanted to achieve, what it would look like and a rough idea of what it would cost.

We had visited or considered:

We got a kitchen designer out from Howdens, and having explained the features that we wanted, and taking into account the theoretical floor plan (square kitchen with wall knocked through to a rectangular garage) he provided a plan.

Our ‘plan’ included a long draw unit for crockery and an inner cutlery drawer as requested but also several features that were specifically said we didnt want! We had told him that we didnt want rounded end units and he had designed the long draw unit to but up to a wall with a full height oven unit no more than 600mm in front of it, so you would never have been able to stand in front of the open drawer and would have had to lean over the side edge of the open drawer to get anything out!

Added to that I’m not sure we could have actually got into the fridge, freezer or either of the new built in ovens either.

It was on a visit to their Milton Keynes store that having looked at example units, and finding out their pricing strategy – that is, they give variable discounts to the fitter/builder you use and give a price to them NOT the customer ?! It is then up to the fitter to pass this onto the customer (presumably altering to build in a smaller or bigger profit).

We we very unimpressed with the design and cynical about the pricing (which we never in the end received). 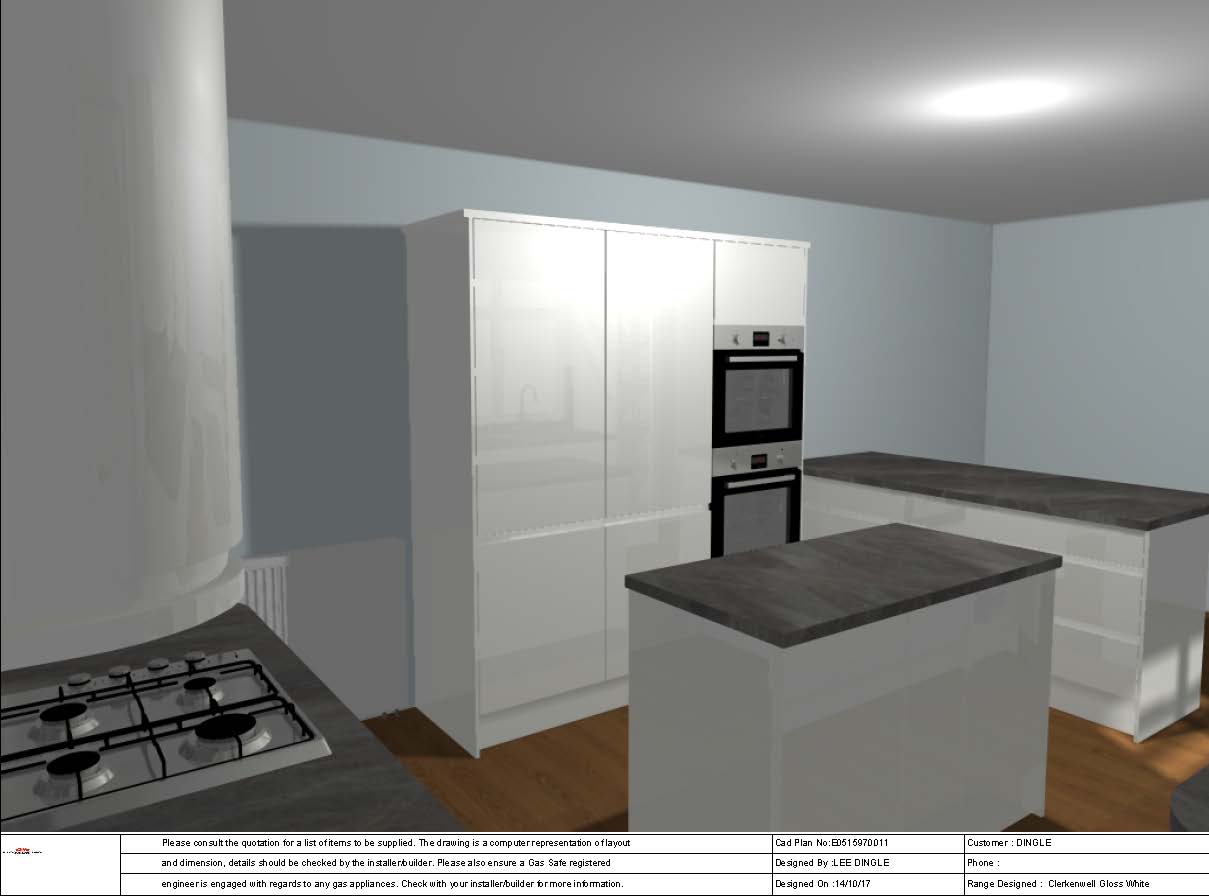 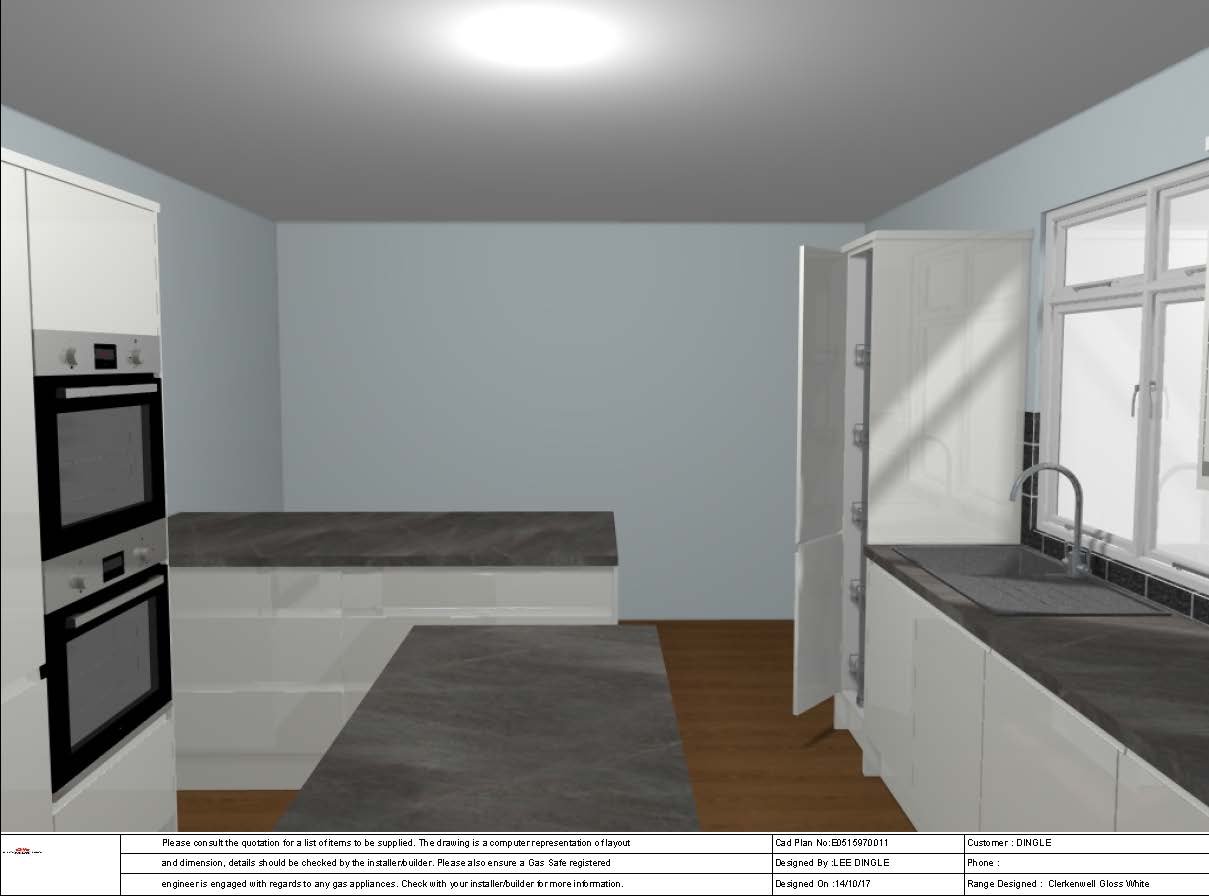 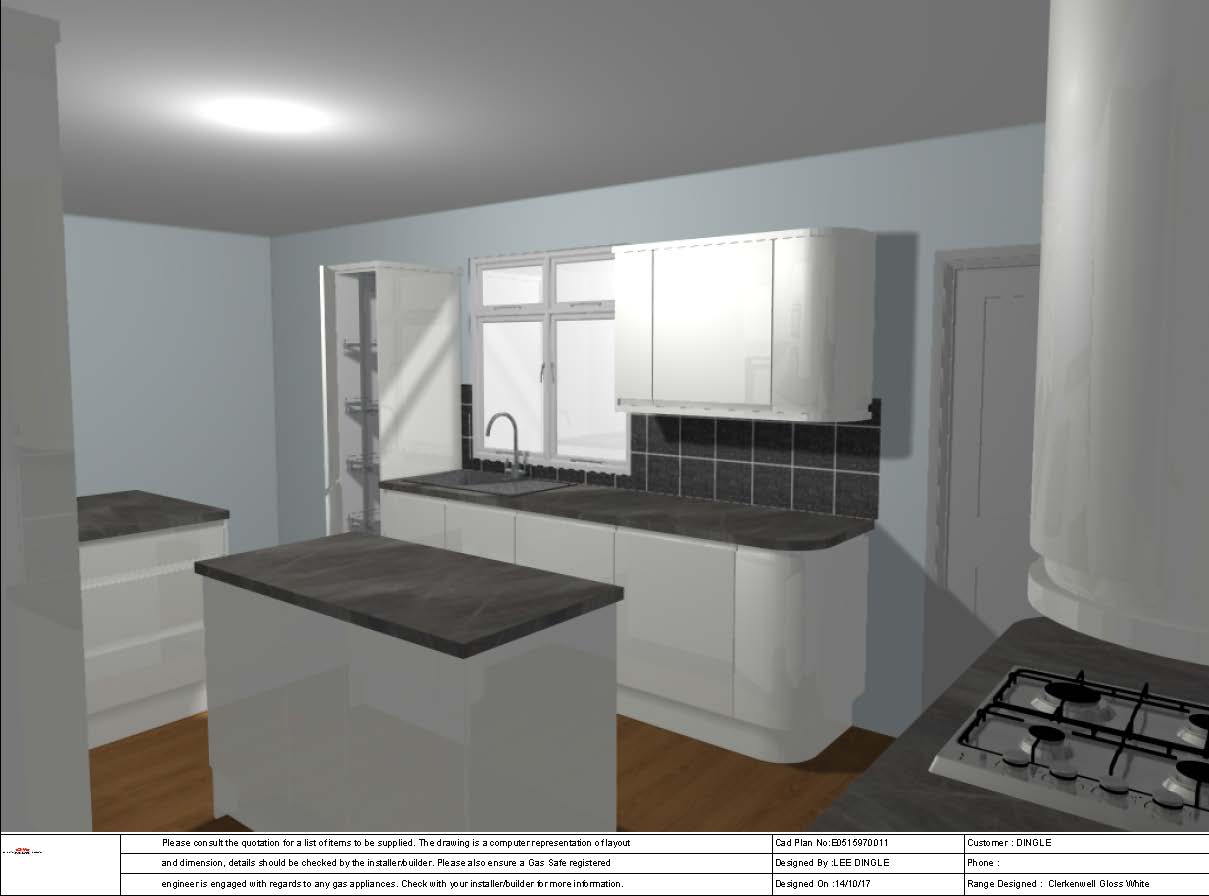 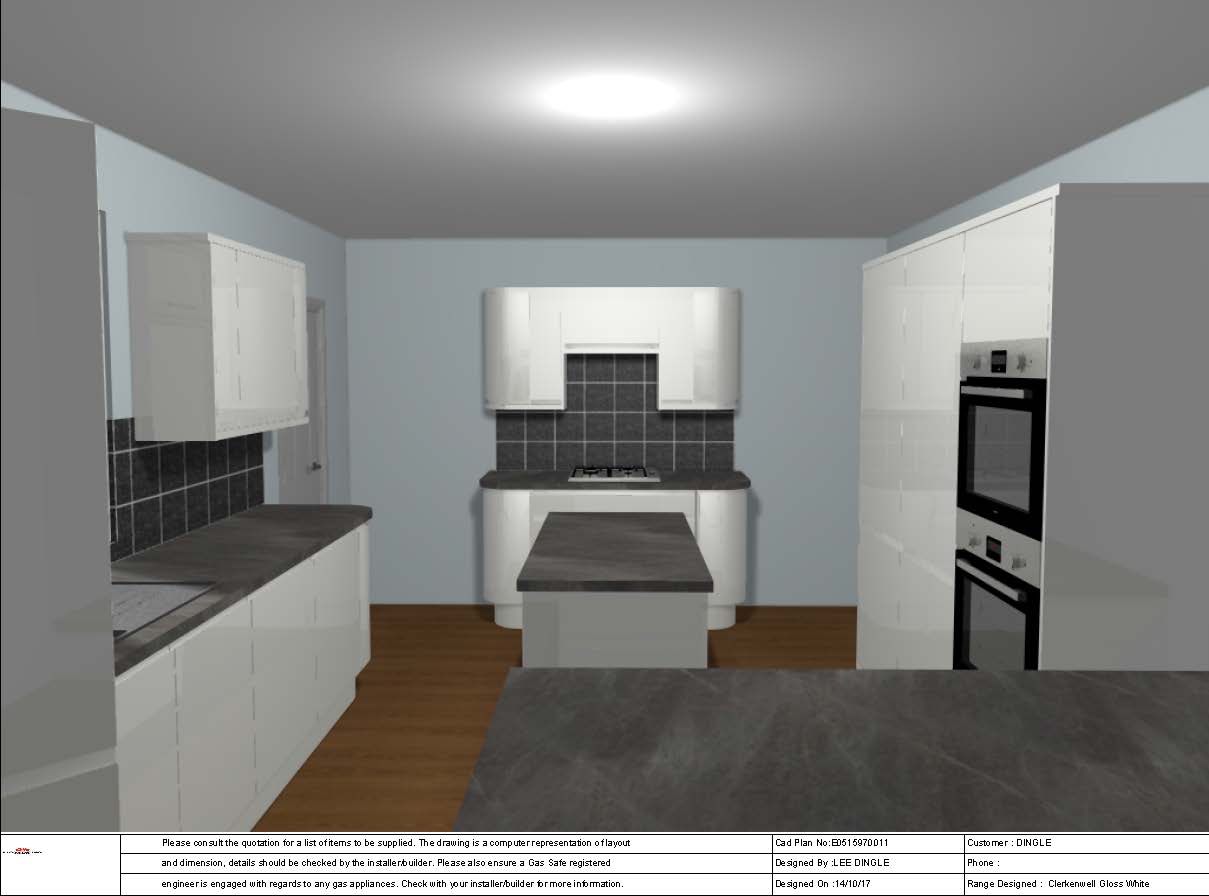 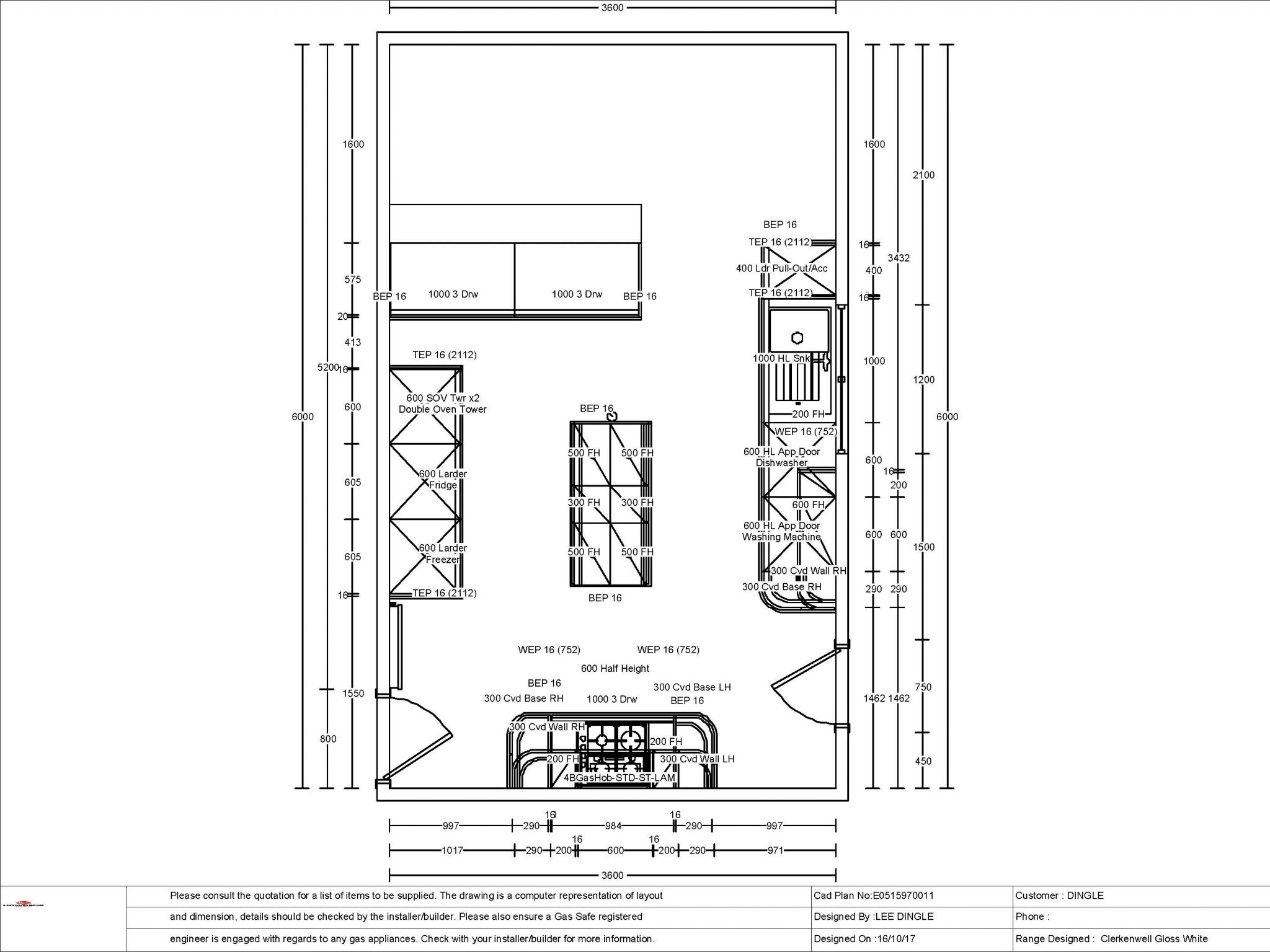 Fortunately next door was what turned out to be a family run firm of kitchen and bathroom design/installers with an impressive variety of display kitchens.

We were greeted by Chris at Stadium Studios and explained our needs.

At that first visit we didnt get a full blown design, nor did we decide on any aspect of the kitchen.

We did come away with a very rough idea and a ‘ball park’ cost for what we described what we thought we wanted….it turned out that as customers we could only really figure out what we wanted, with the aid of a professional and experienced designer…that came later…. 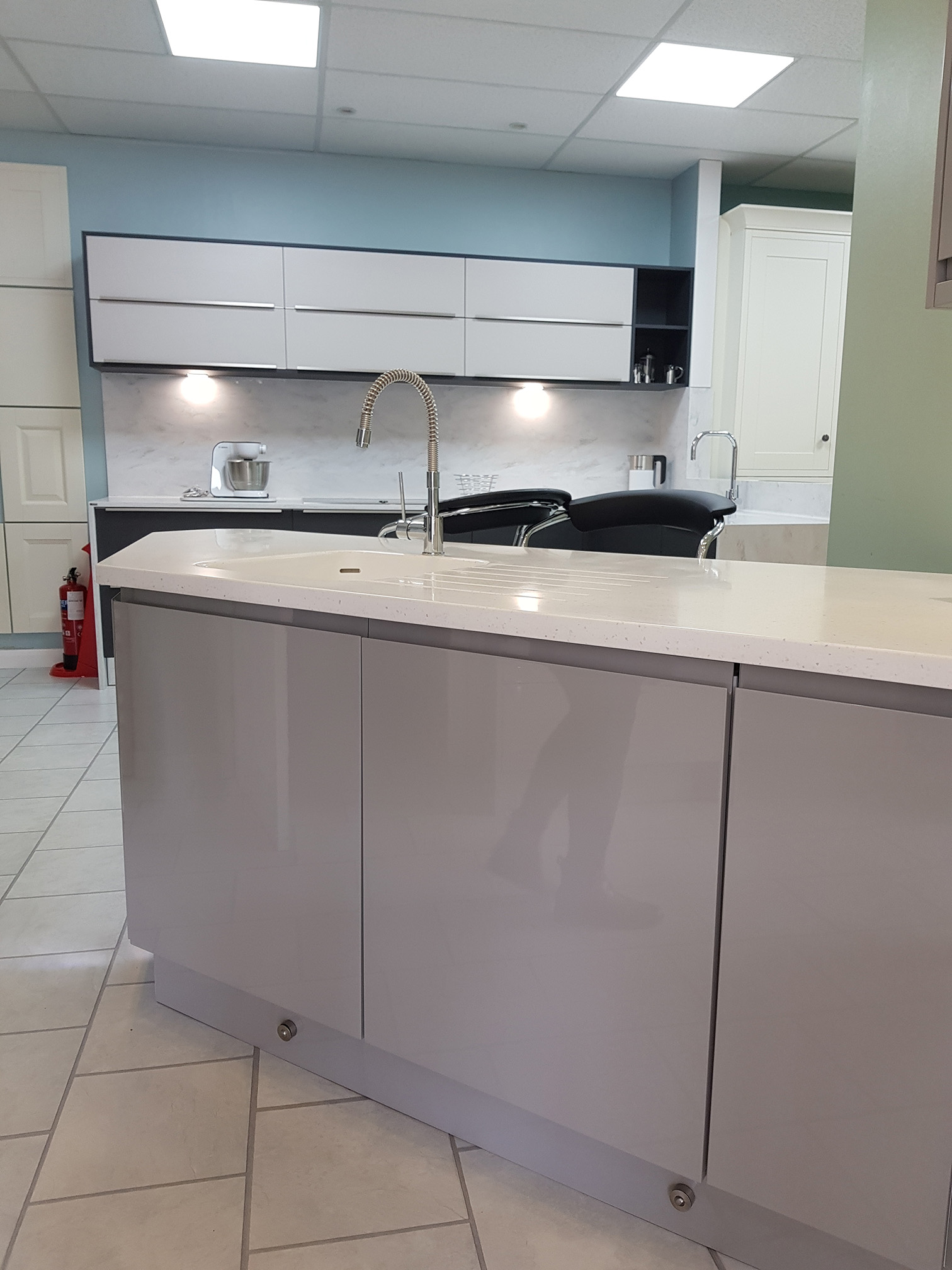 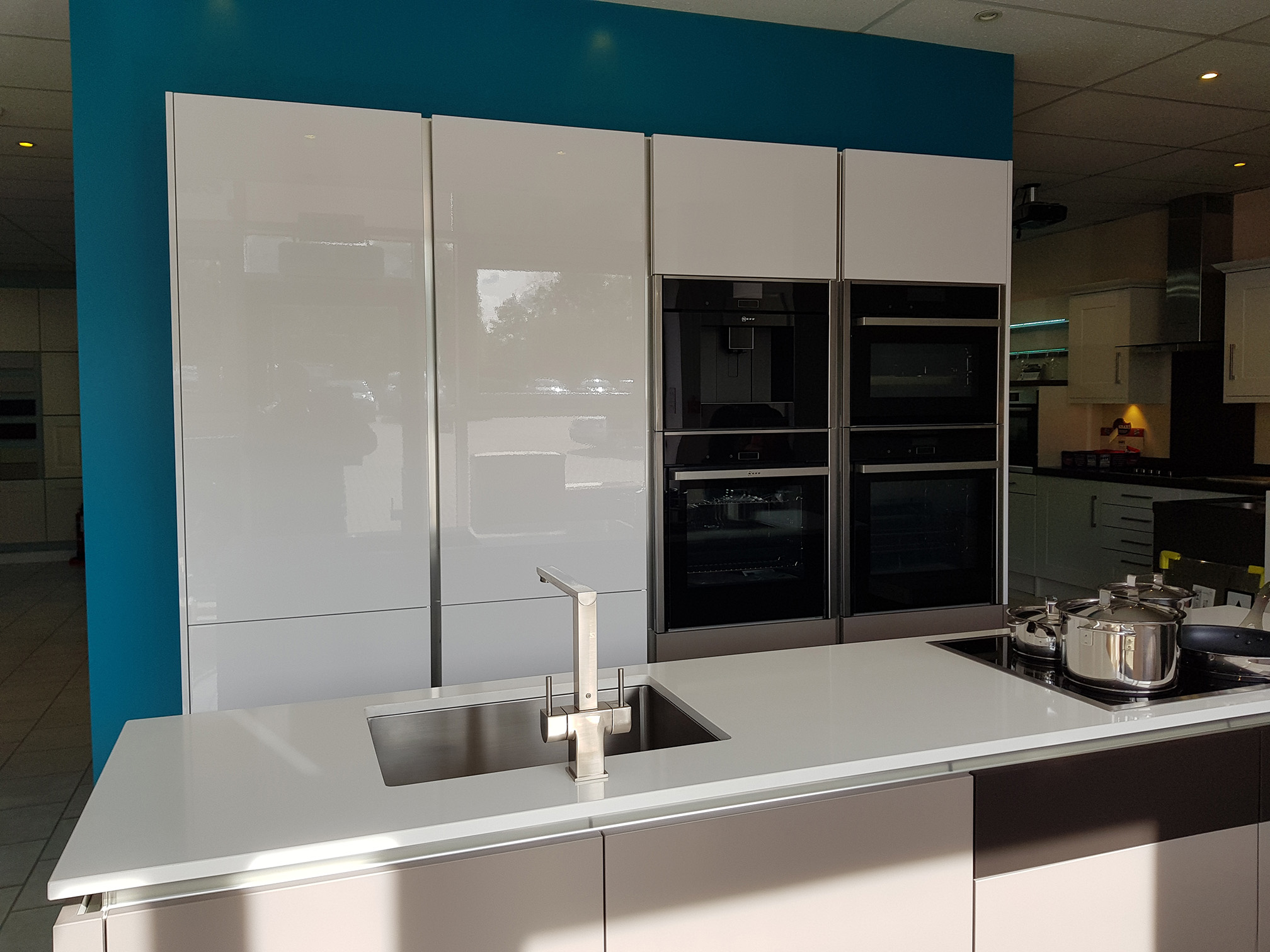 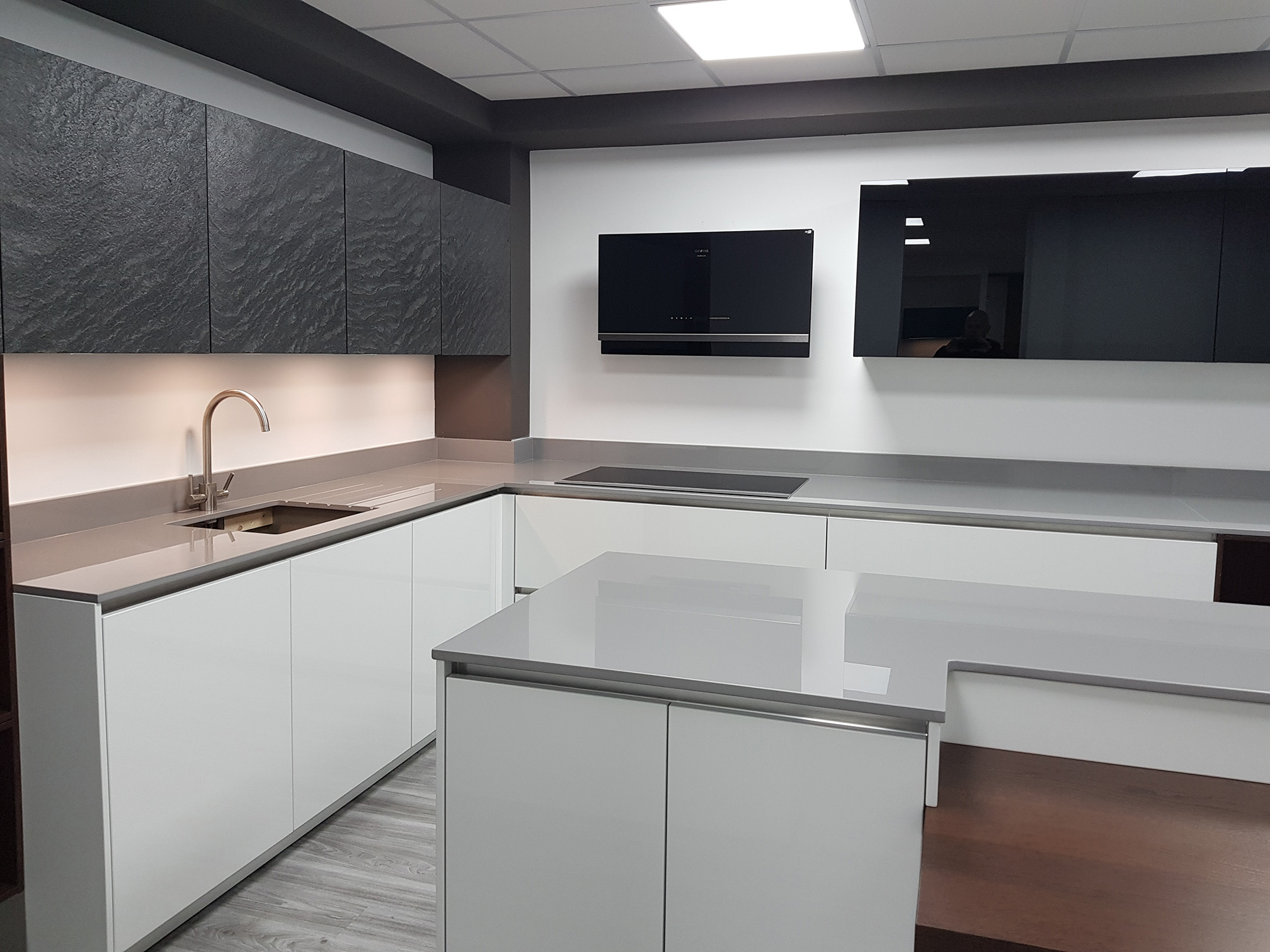 The pictures above show a worktop and sink in Corian we ended up selecting (the exact colour & design!) and an expensive German kitchen we mimicked at a slightly reduced (but still high) cost

We went away to consider what our next steps were having been given the name of an Architect by Stadium Studios.

He was Robin Bradbury of Bradbury Design and an appointment was made for him to come over and give us an initial idea of how he could help and the costs involved in obtaining planning permission.

We live in a conservation area and any changes to the outside of the property needed planning permission . This was all new ground to us, we needed a professional to guide us through the stages required.

As it turned out Robin did much more than that:

• He carried out an initial visit free of charge and explained how he could help
• He then produced plans (and amendments as required),
• Submitted these on our behalf to the Local Authority Planning Department (telling us what fees to pay)
• Liased with a structural engineer (as a supporting wall needed to come out and we needed to have a steel beam inserted to support the house above
• Produced building regulation specification plans
• Helped with electrical plans i.e. siting of sockets, lights etc
• He also dealt with a further issue whilst in the midst of the build when it was found that there was an existing steel beam that meant a slight amendment was required to fitting the new beam

He was a nice guy to deal with, informative and professional as well as very approachable too.

So below is the A1 plan used for planning permission 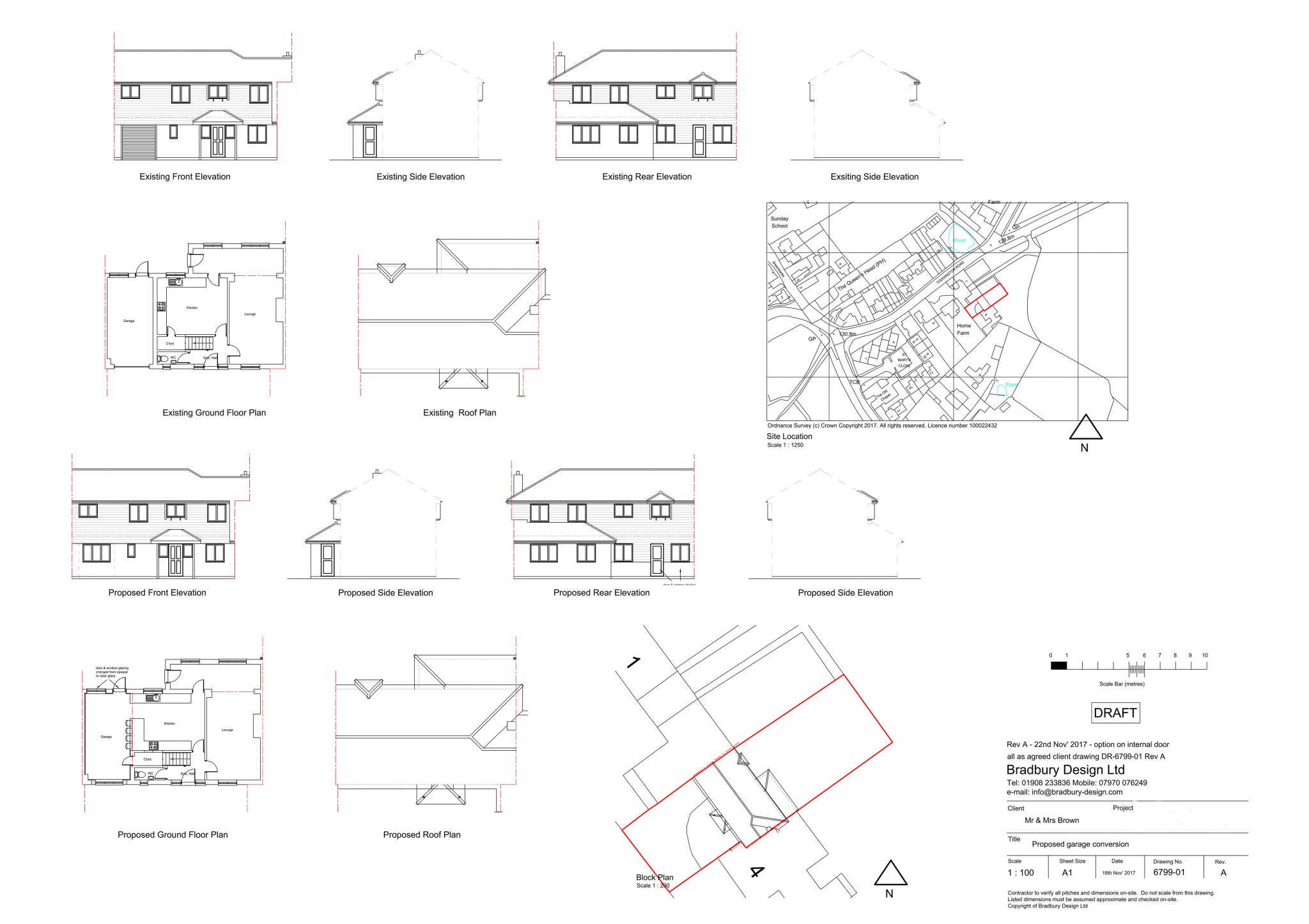 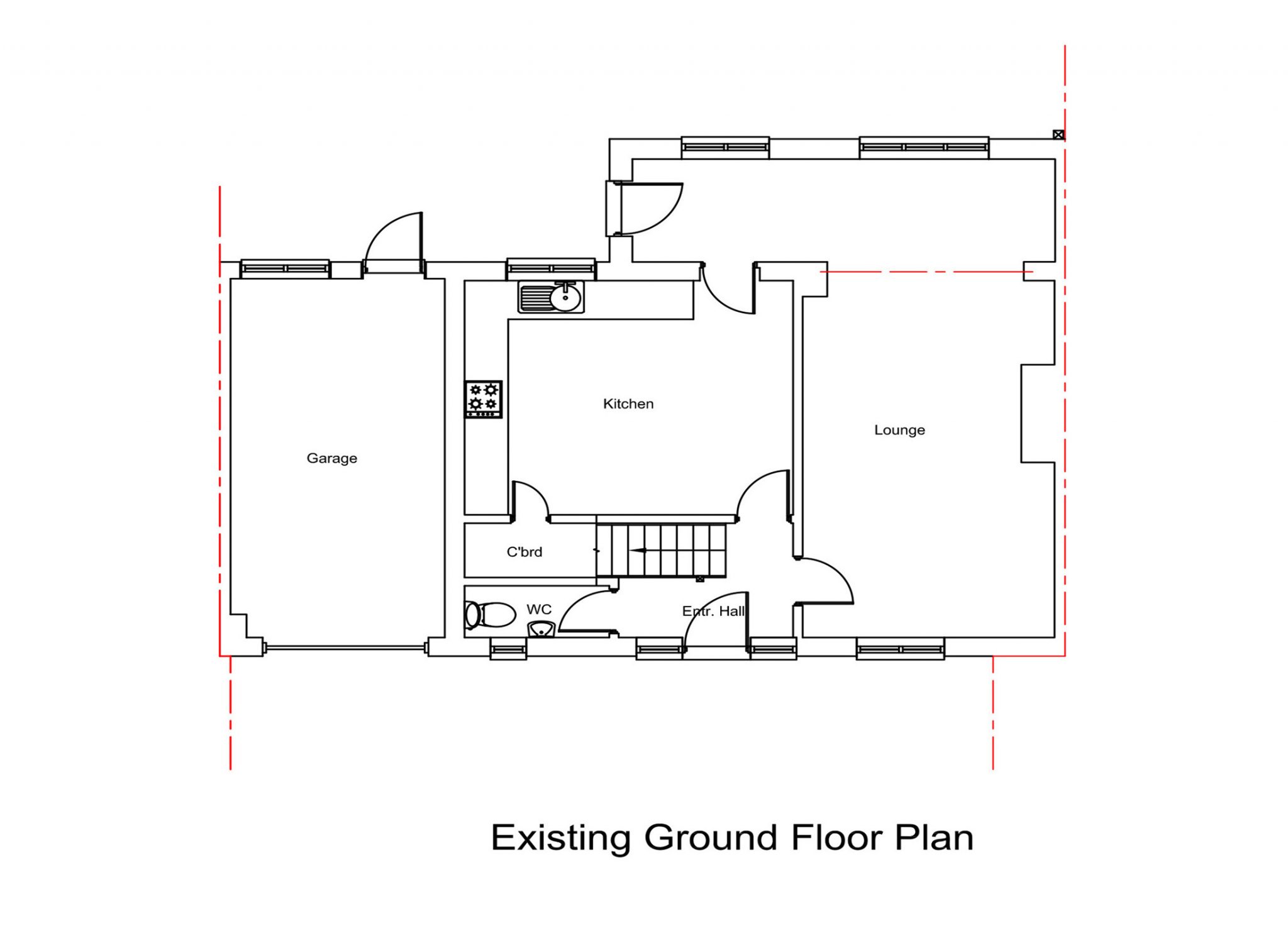 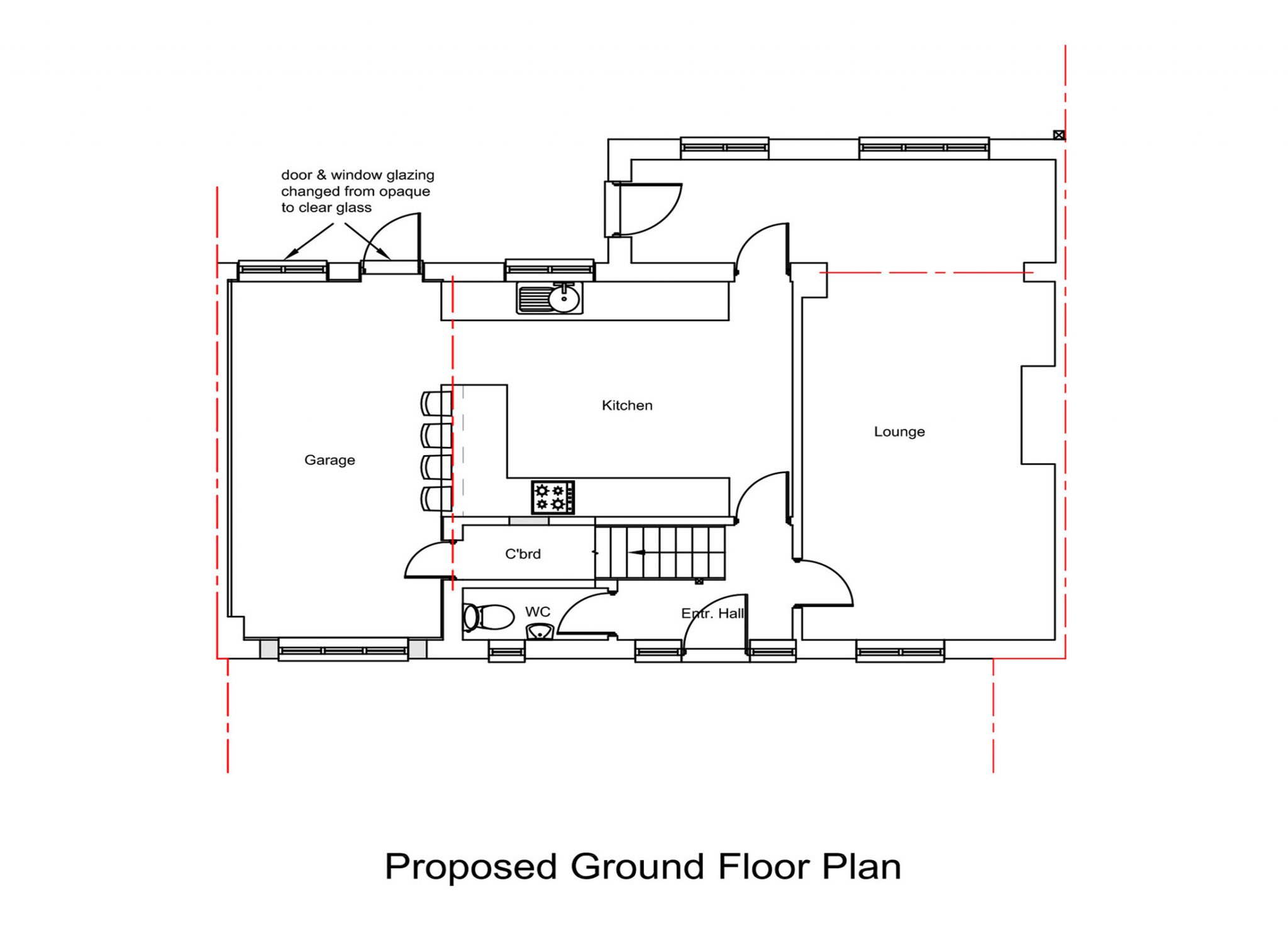 …and finally a plan with the measurements (for those interested and to put it all into context). 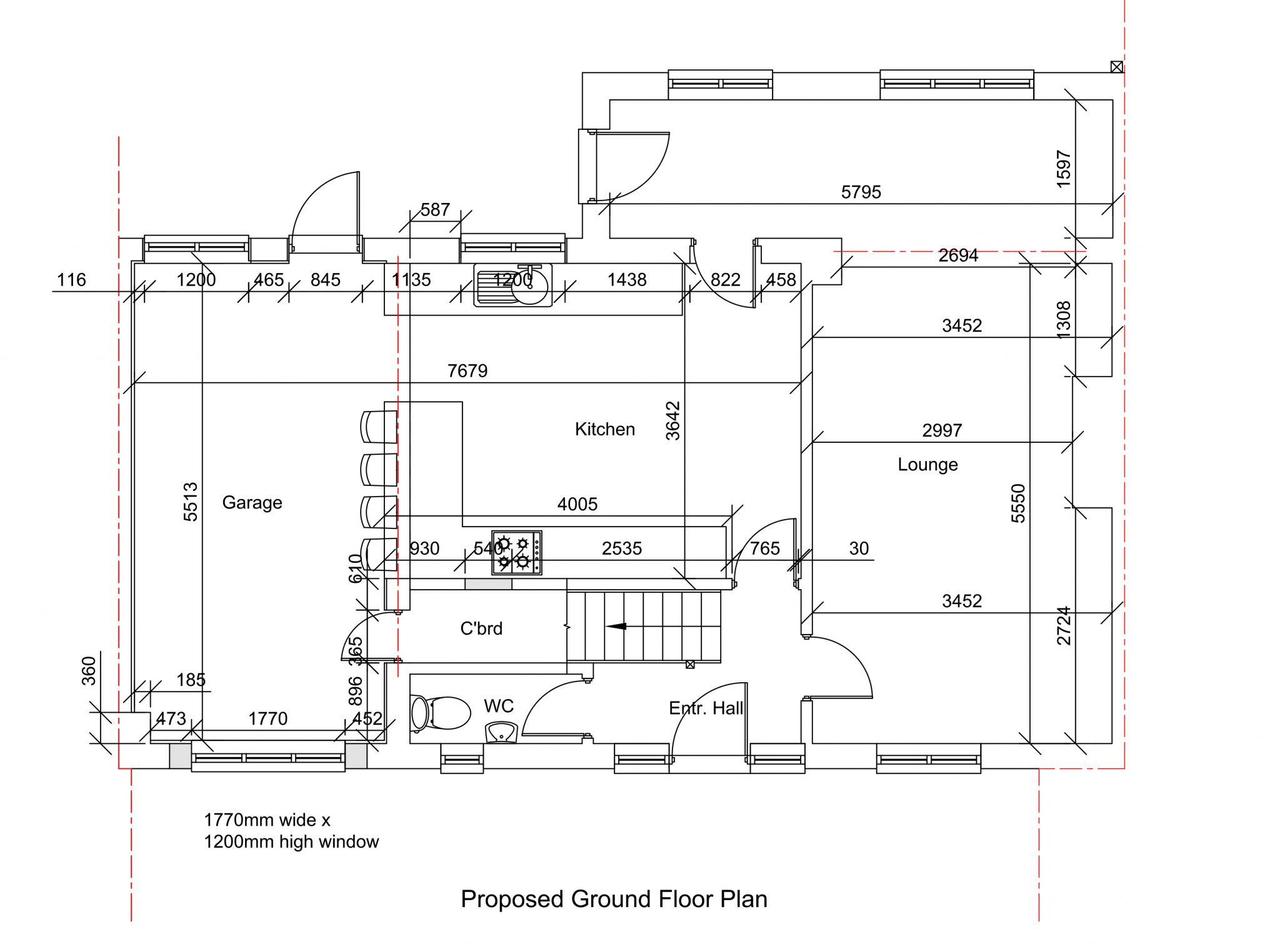 NOTE all the plans have the final position of the existing kitchen door wrongly.

With the number of doorways and other aspects affecting the positioning of the units (two internal doors, a window, an understairs cupboard come larder and an accessway needed between the new kitchen and new dining room area), we had played with the idea of either:

Sharon favoured blocking the door up to give a freer run of wall to put tall floor to ceiling units (e.g. fridge/freezer/oven/pull out larder units).

In the end we went with the last option and simply swung the door from the opposite side of the frame, made it swing outwards on parliament hinges so that it could fold back against the wall by the original back door, as seen below (the unit behind has since been removed).

This picture is taken from the existing rear extension, looking towards the old back door (top centre of the plans).

I dont plan to discuss much about the finances of the project, it’s possible that I will give a final cost when this is known. Maybe even break it down….

Suffice to say the cost of what we wanted, and the perception of what it would cost did not match!

There were changes to the kitchen spec (units) the appliances and plenty of builder Nick ‘whilst you are heres’ too (more about those in due course).

I had hoped to pay for some of the build and conversion through the business, afterall I work from home and one our motivations was to make the house more family and work friendly, so my appointments as an Independent Mortgage Broker disrupted the rest of the family as little as possible.

The accountant put paid to that idea though, he said HMRC would not allow the costs…so I had to resort to other means to cover the costs.