just a bit of Photoshop fun (complete with Unicorn) 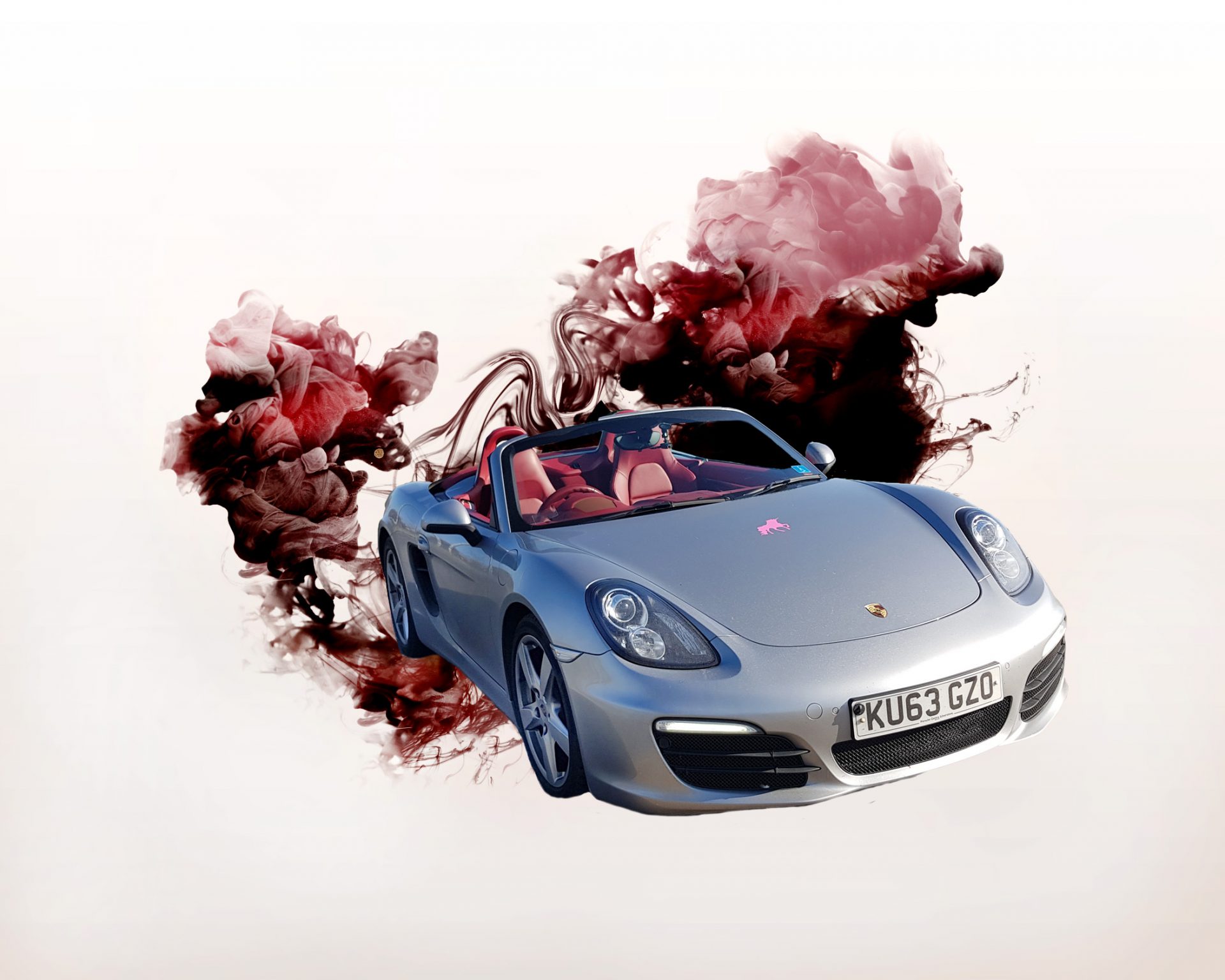 I finally got some new McGard locking wheel bolts during the week.

I managed to get them for £45 (60 Euros from Germany normally plus delivery).

I ordered them through a third party and unknown to me the companies ordering system allowed an order to go through when they had none in stock, so in the end they ordered them elsewhere and I got them delivered directly to me by Eurocarparts…7th June was the original order!

The back story is that I’d done the winter to summer wheel swap at the beginning of the month and in doing so realised I was going to have an issue with the chocolate Porsche OEM locking bolt key again…this is the second key I have had in less than 7 years of ownership and I only just managed to use it to do the wheel change….it was working but getting jammed on the bolts and worried me that badly that I chose not to torque the bolts after fitting the wheels….instead just torquing the standard bolts and waiting for the McGard replacements….so I had a few weeks where 5 bolts present but only 4 on each wheel was torqued…

Slightly nervous of the key failing whilst subsequently swapping over to the new bolts, I just managed it The Porsche key literally jamming itself onto the bolts when I removed each one (and is still jammed on the last of the four bolts)….a pry with a screwdriver releasing it each time (it was very touch and go though!)

Anyway the McGard bolts look much better made, I went for the black version – code 28177 SUB (Chrome also available with a different code.

Here is the Porsche OEM key stuck on the bolt 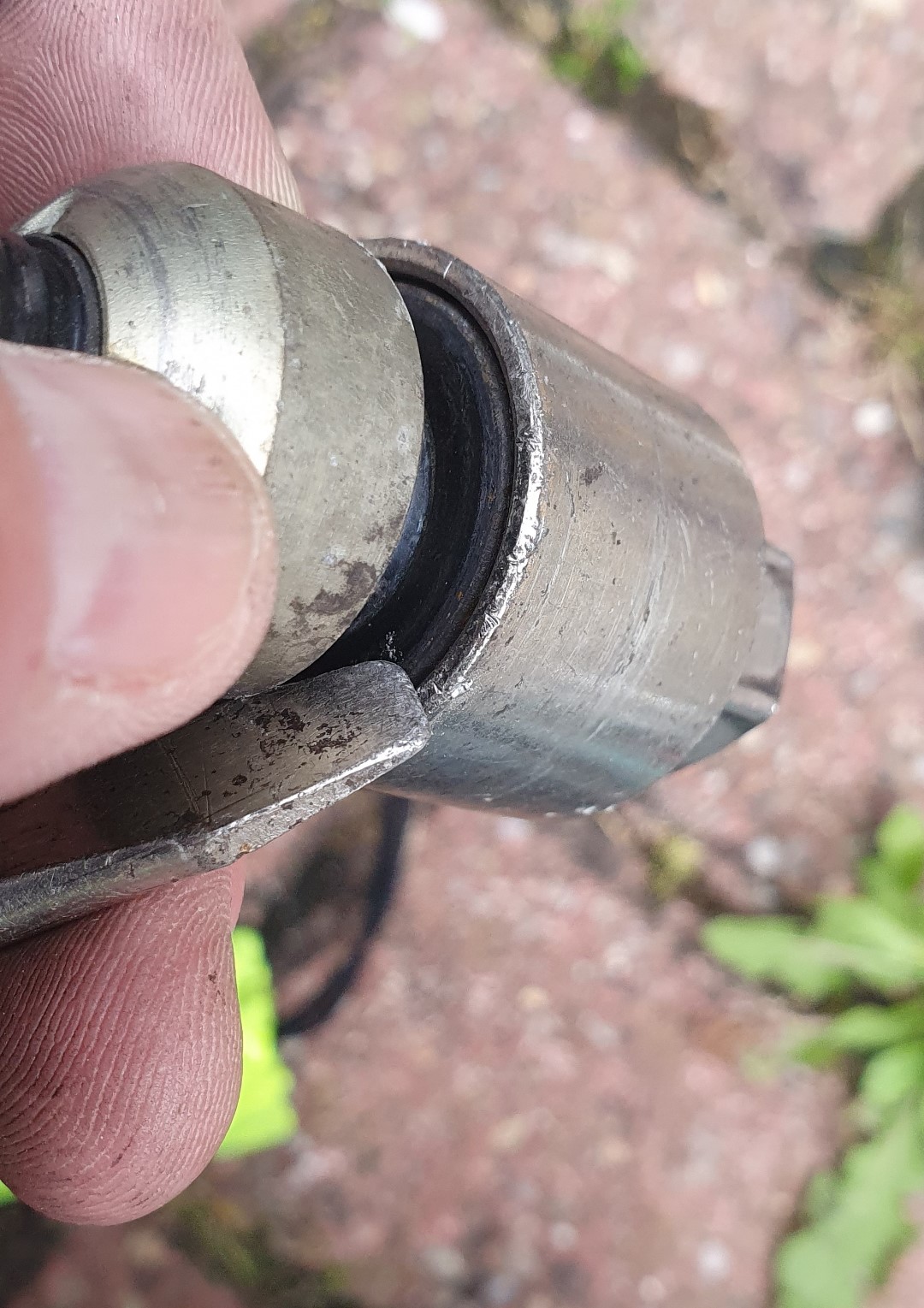 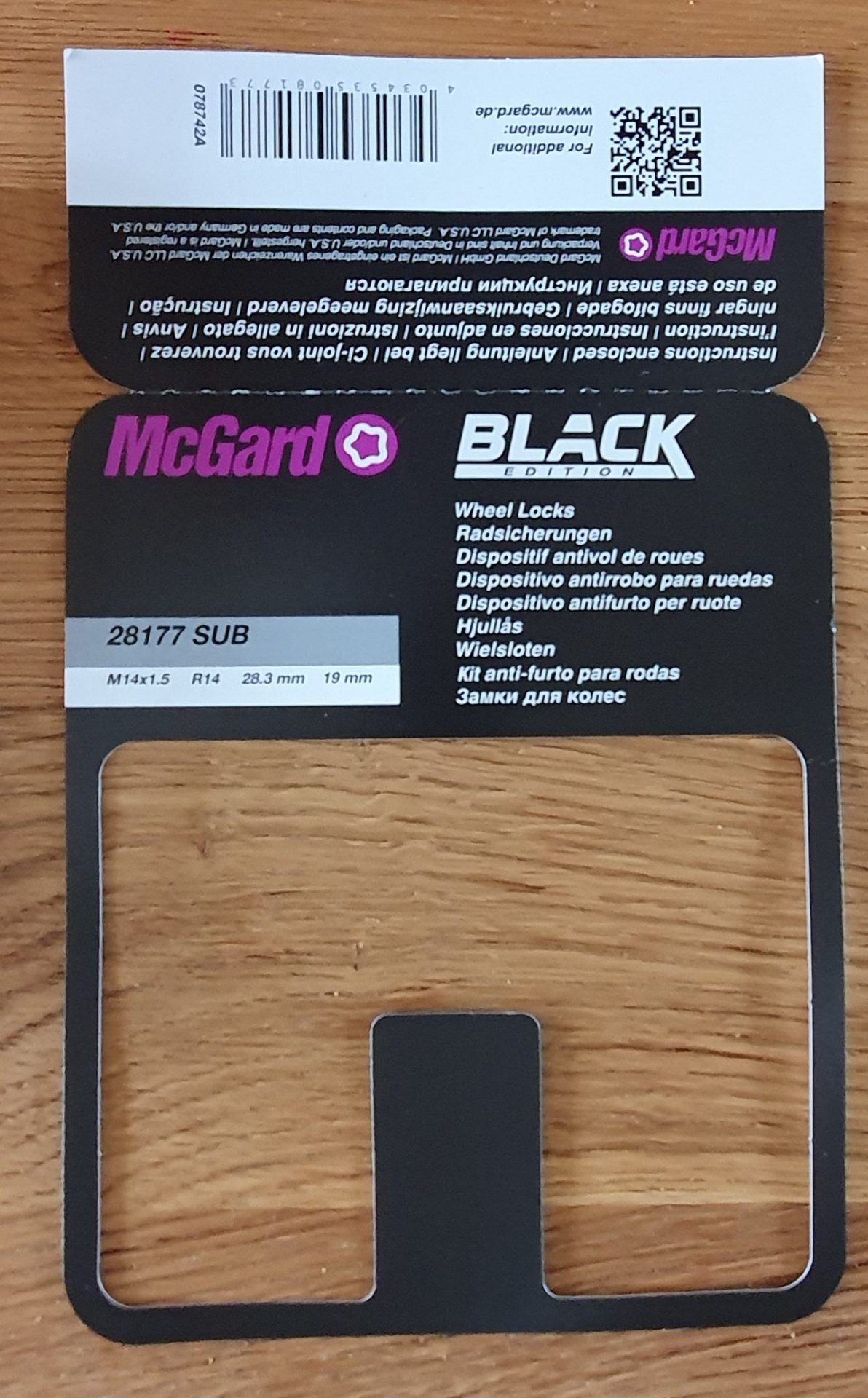 I also had a set of plastic smoked nickel bolt caps too (had them for probably 5 yrs!) 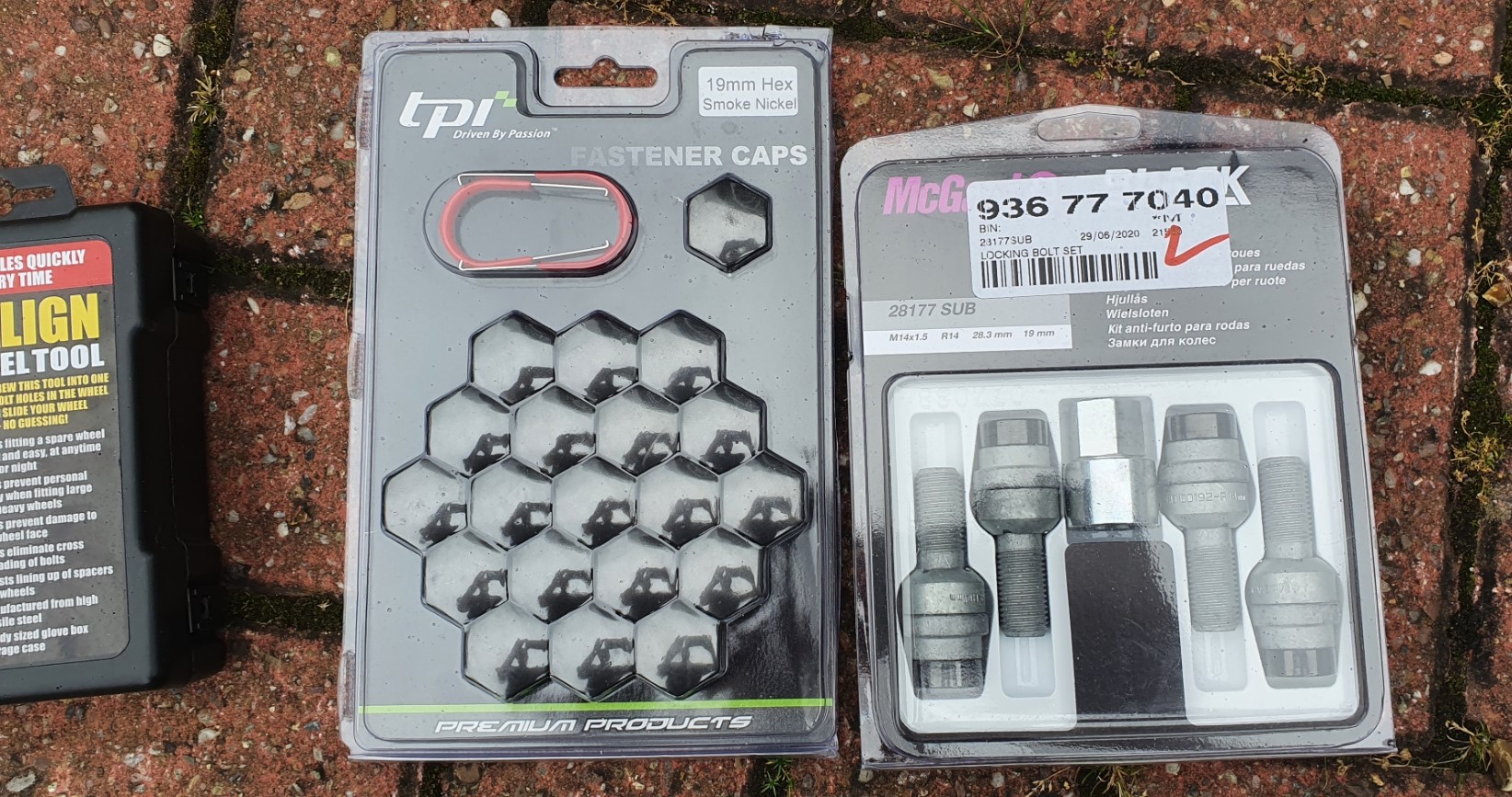 Chocolate OEM on the car (yeah I know the centre caps dont line up and need replacing, I also know the driveway needs a weed!)

McGards fitted with the caps

I finished with a further wipe over with some wet wipes. My intention was to try to regain that slightly matt finish it had from new (all those years ago!)

Some folks don’t seem to realise that a shiny leather wheel means it is well coated with dirt and grease…Matt and non sticky is what we want!!

Some folks don’t seem to realise that a shiny leather wheel means it is well coated with dirt and grease…Matt and non sticky is what we want!!

just went out to it, for the weekly turn over and drive, and one of the rear tyre’s is flat as I’ve ever seen one 5.5 psi and I suspect its been sitting like that since I last used it so probably safer to replace even though a repair was likely an option (small screw centre of tread)

PSE off and on idle

PSE on and idle

PSE on and blipped

Friday saw the 981 pass its MOT with no issues 🙂

I also put the 2nd tank of petrol in it since lockdown started (at 118.9p per litre so not too bad)

That’s great Stuart, you may even have done more miles in it than I have in mine in that time.😟

In fact I’ve done more miles in the 986 in the last few weeks, which is pretty unusual.

In fact I’ve done more miles in the 986 in the last few weeks, which is pretty unusual. 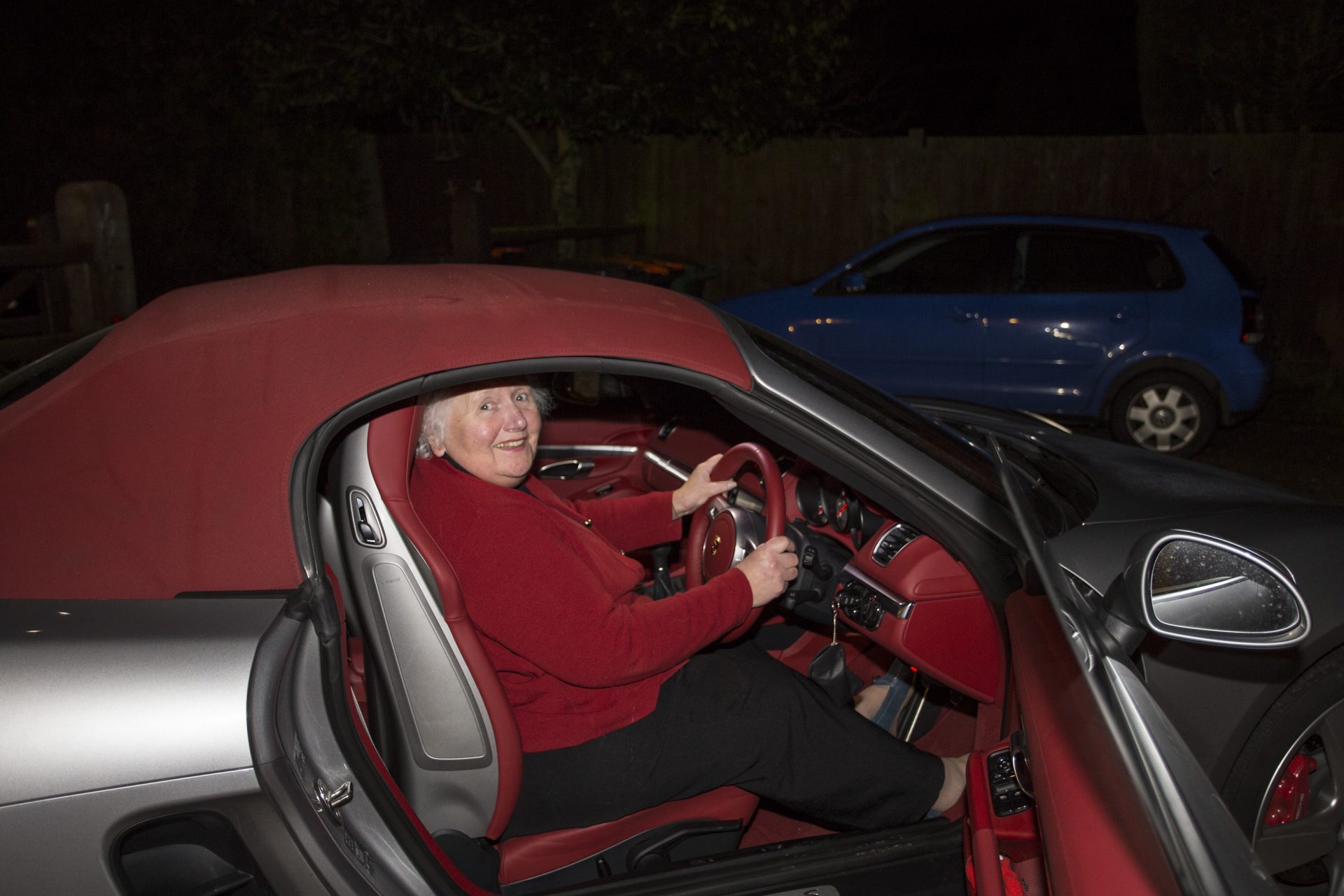 Battery issue likely due to low use and Covid 19 since March 2020…I’ve done a paltry (relatively) amount of miles in the last 13 months and lately when getting in the car I’ve been getting ‘low voltage’ battery warnings.

It’s typically also said ‘sockets switched off’ and shown 11.9v on the binnacle read out

I bought a CTEK and that happily charged the battery and reported it as ok too, it’s not struggled to start the car at any point (before or after) and the voltage climbs to 14-15v volts when the engine is running indicating its getting charged when being driven too.

The issue is that even after a charge a couple of days later I’m back to low voltage warnings. The car is outside so I don’t want to have it permanently attached to the CTEK either.

Anyway I booked it into RPM for a service, brake fluid and possible battery change (£245.56+ vat and labour of £49+vat on top). This is due early June 2021. They suggested I ran it over to them beforehand to test the battery to make sure it’s shot and needs replacing….

I did that today and the following are the readings…

Tech suggested as there has never been issues cranking the engine, it’s charging with the engine running and the 730A is relatively high still (500A is where problems arise he said) that it’s ‘good for a long while yet’