The following shows the issues noticed on my driver’s side seat belt. 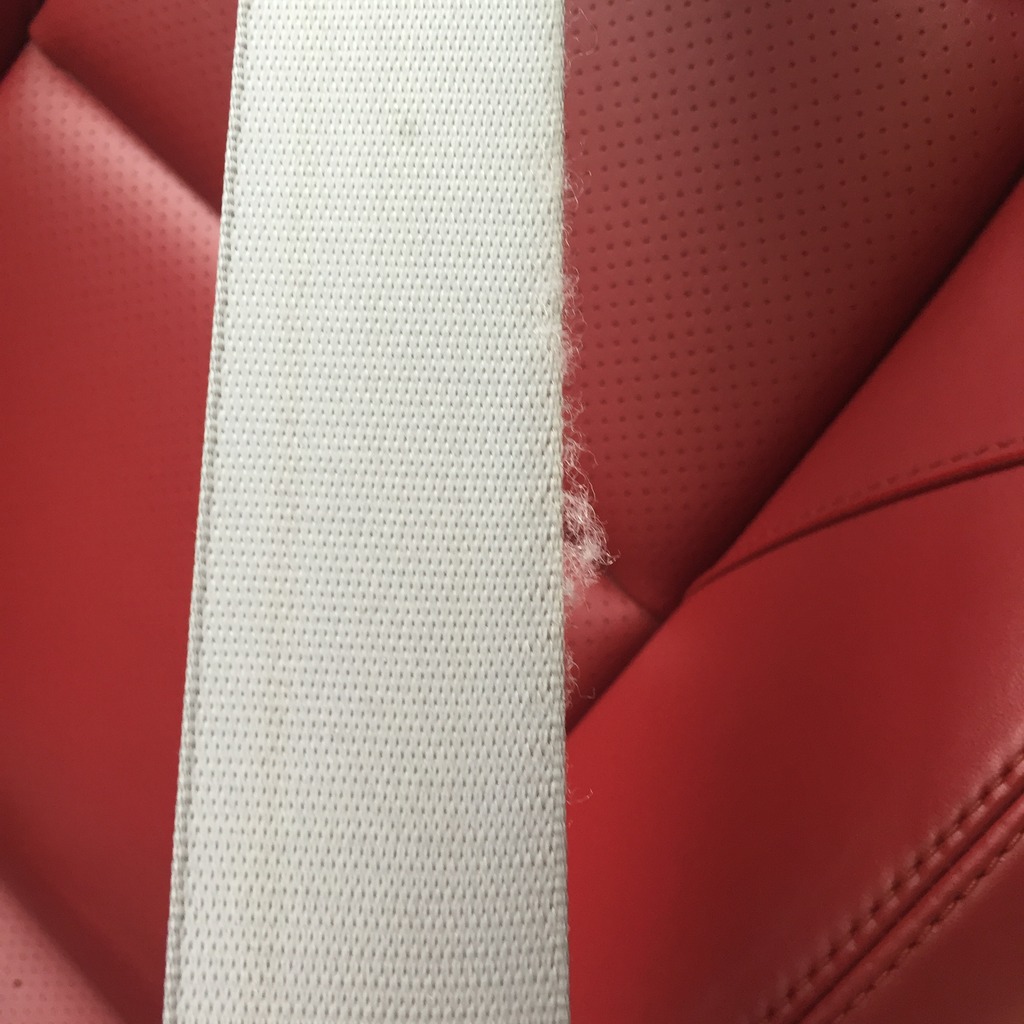 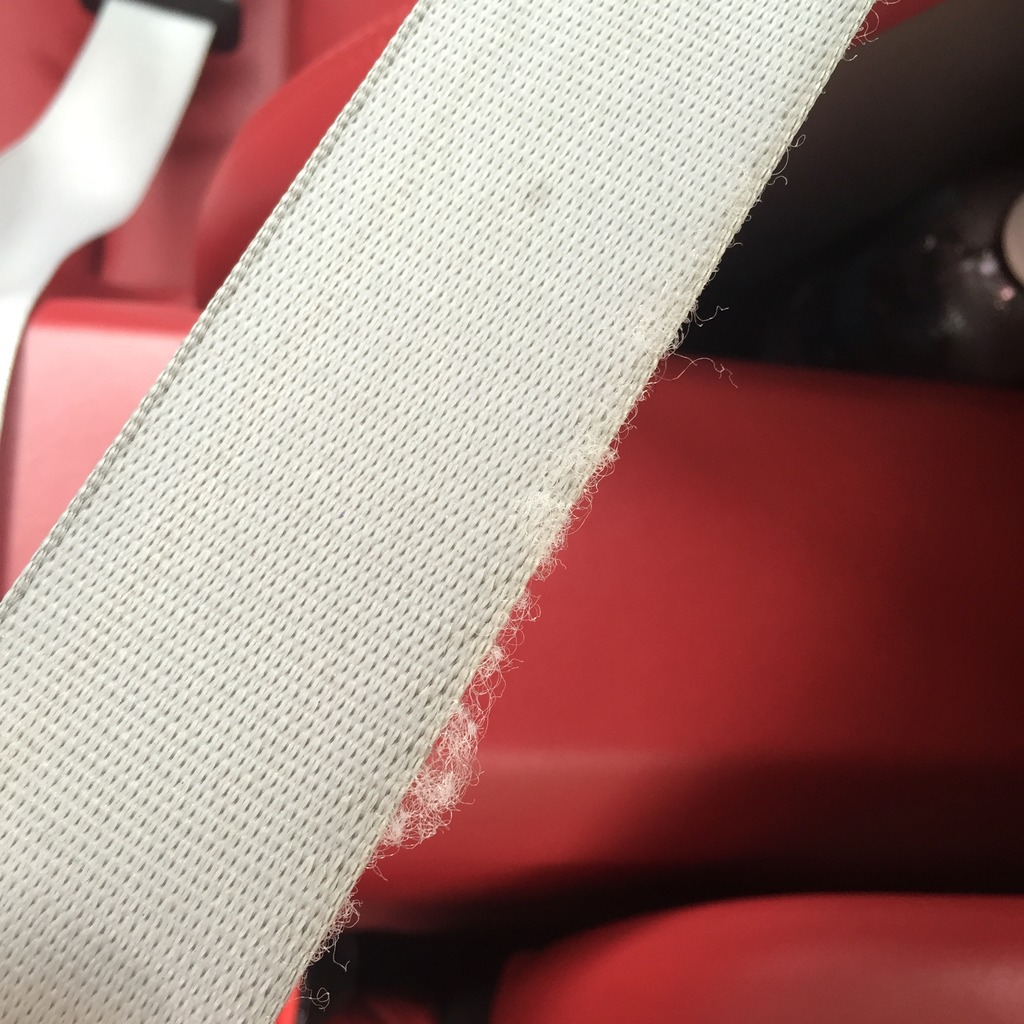 inside edge (that sits on the drivers chest) 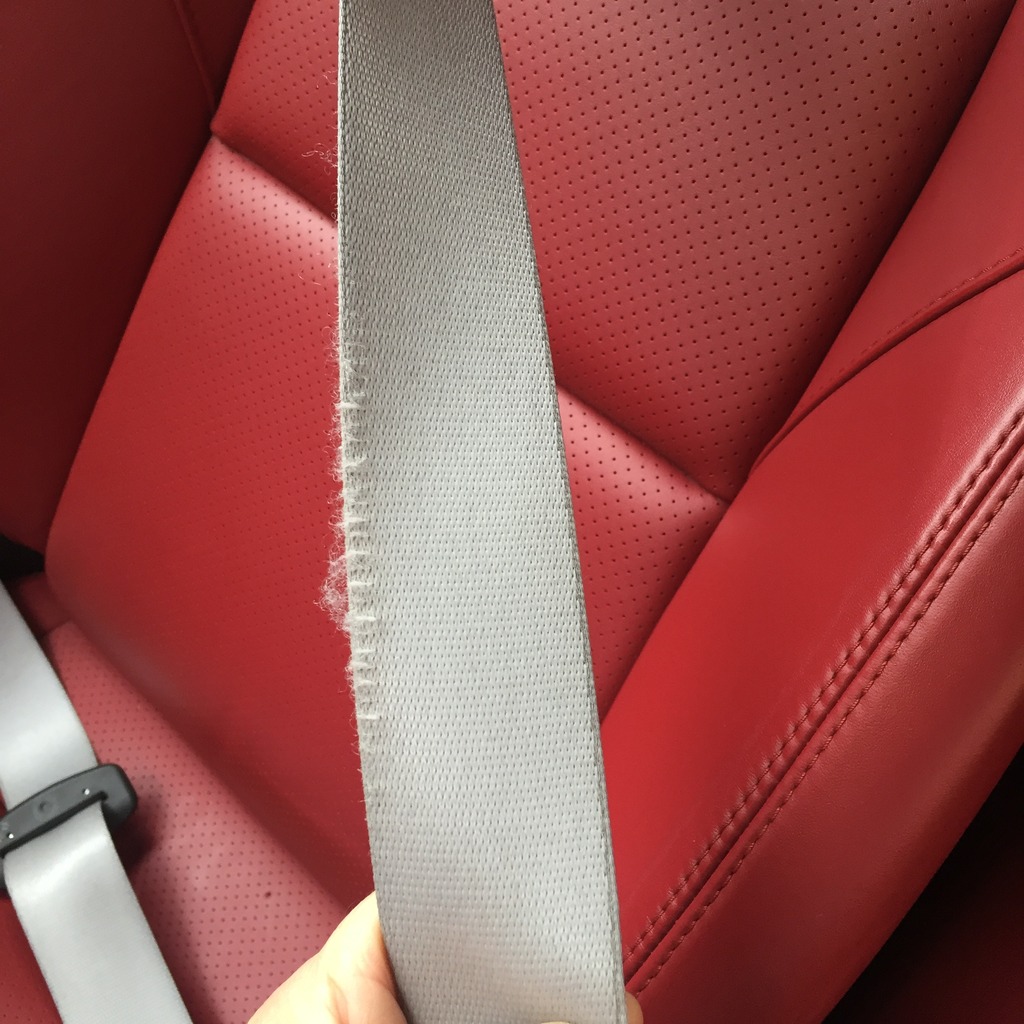 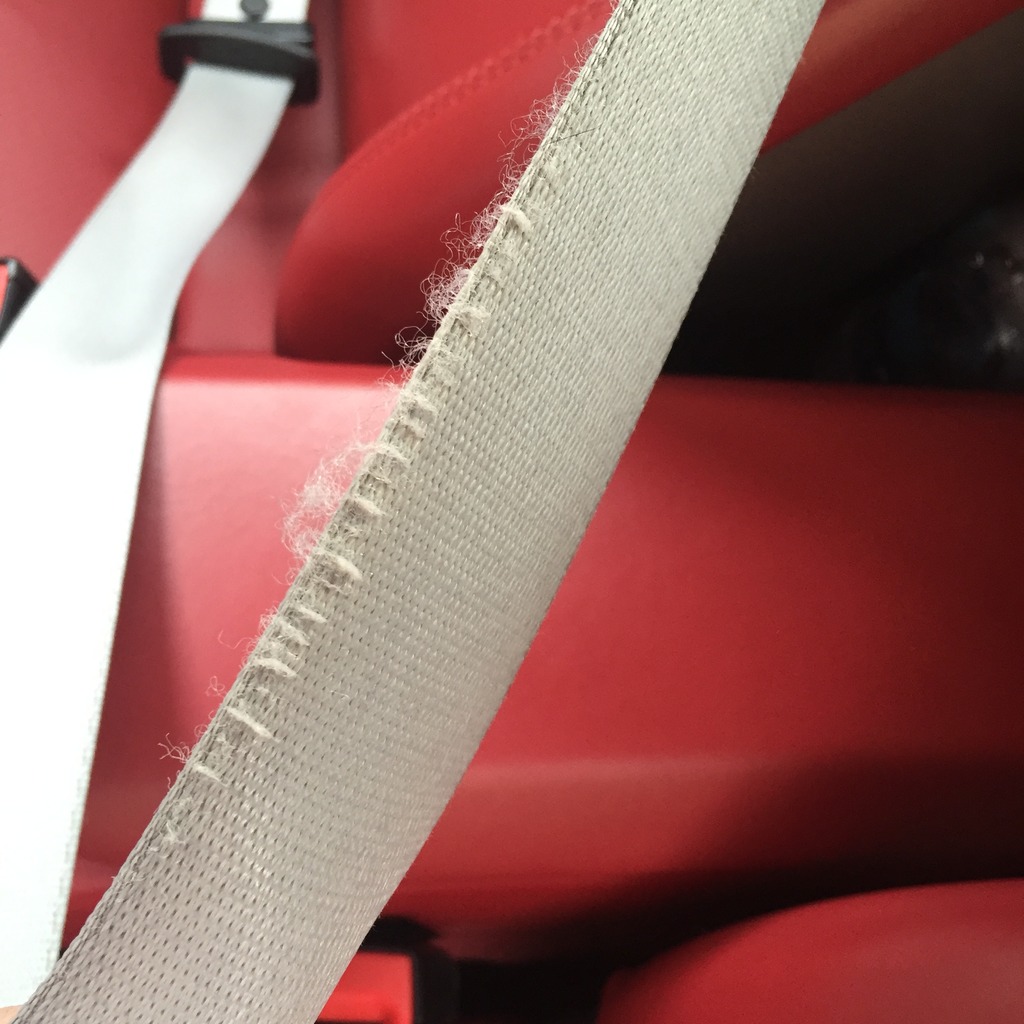 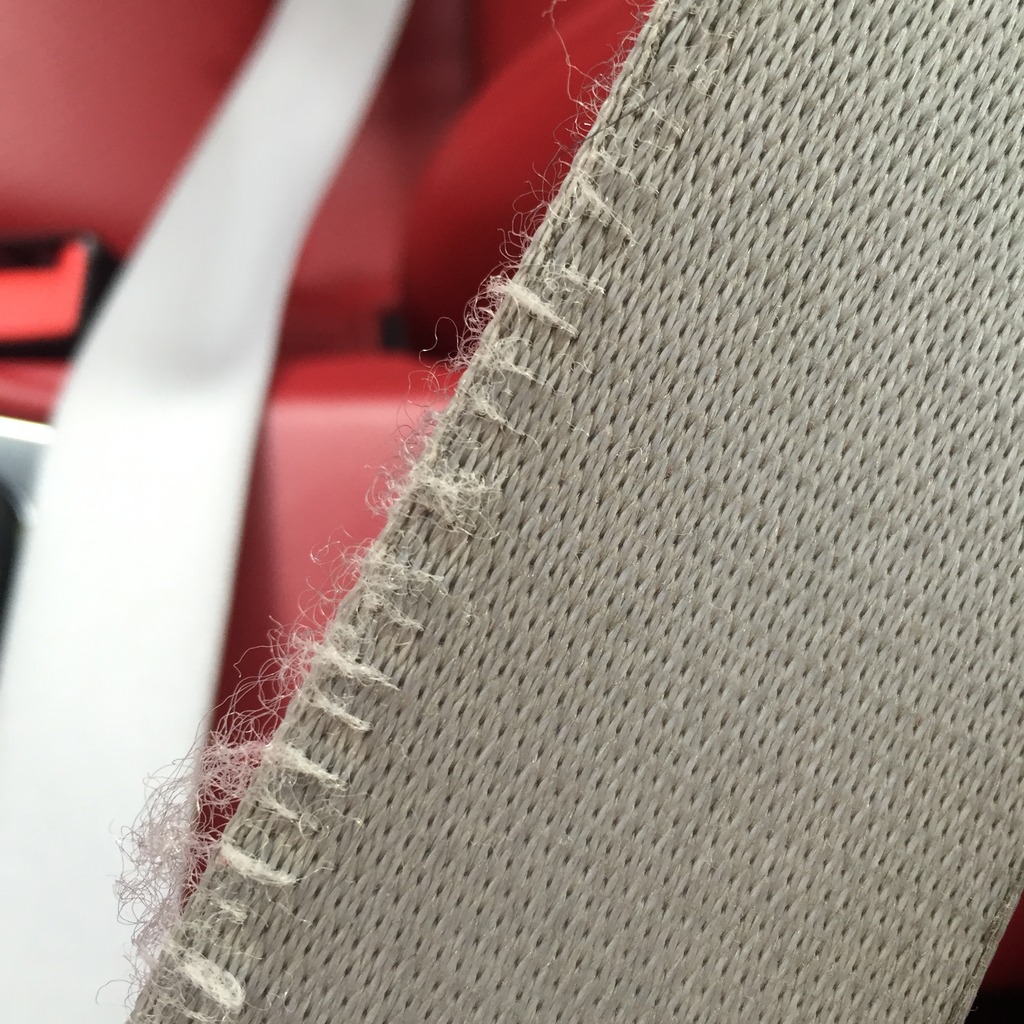 being light silver they pick up the dirt more easily but they were not as dirty as the pictures imply (trick of the light).

This is the passenger side to compare (i.e. no fraying). 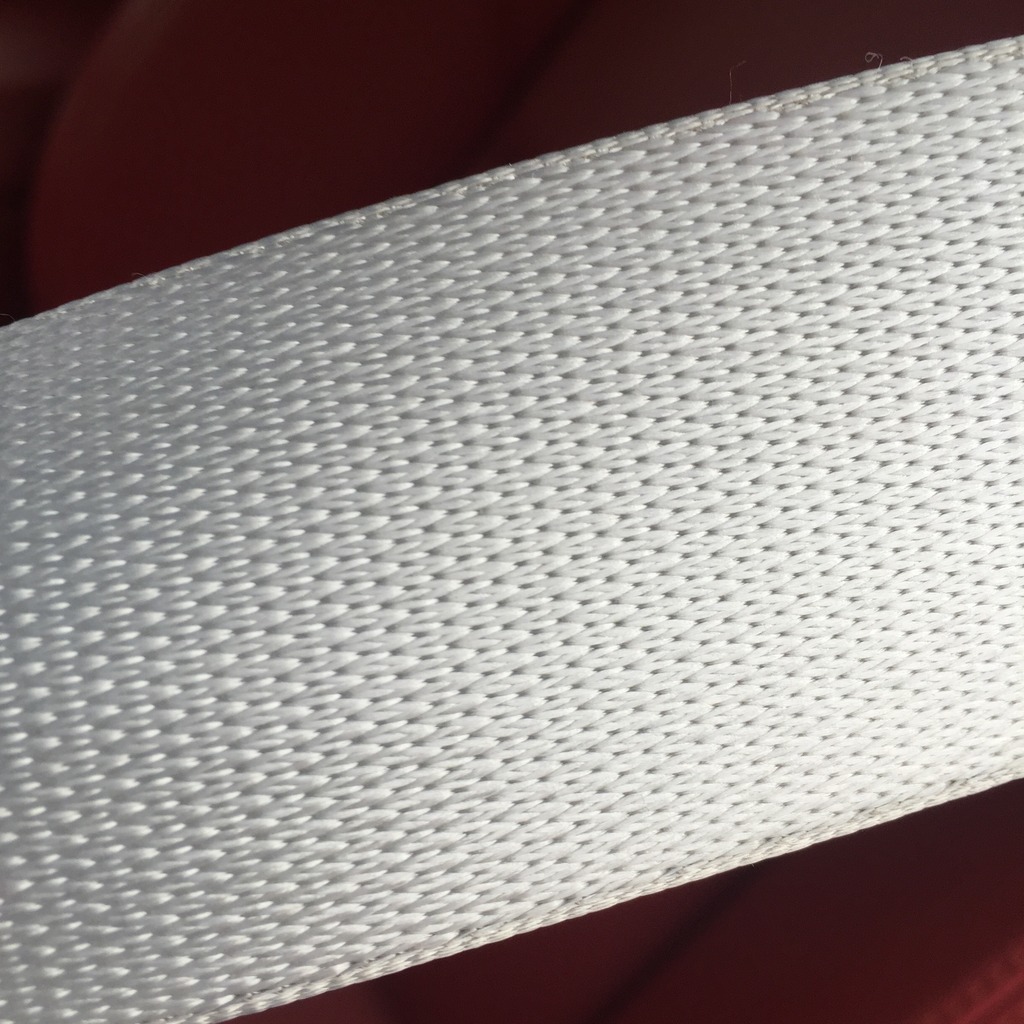 We have spoken with Porsche GB warranty team and they have confirmed that the seatbelt would not be covered under the warranty as it looks like it has been catching/rubbing on something.

er no, I would like you to replace it under the warranty I paid for, at your expense….the seat belt has indeed been ‘rubbing’ but only against the chest of the driver wearing normal clothes!

Eventually the Porsche Centre covered the cost themselves as a gesture of goodwill, Porsche Warranty were adamant the claim was not valid for them to pay, and therefore had the dealer not stepped up I would have had to pay for the replacement myself.

I have never before seen a frayed seatbelt in all my years of driving…..nor has anyone I know…